Your last name is a part of you.

Making Life a Bliss Complete > Uncategorized > Your last name is a part of you. 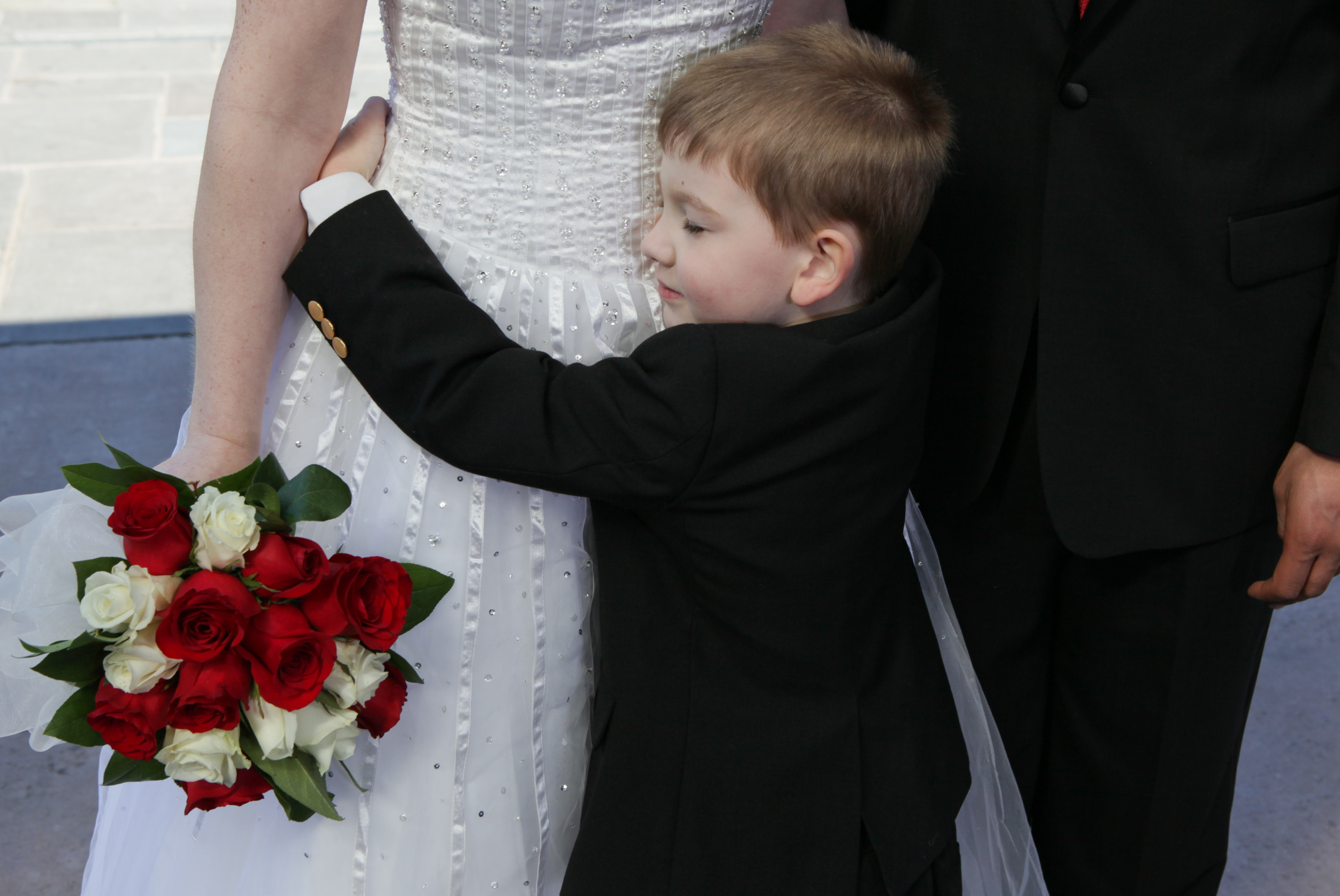 I wrote this article for a new website, mum.info. Before I submitted it, I had Casey read it. He said it was beautiful, and he started to cry. When I asked him what was wrong, he said he wasn’t sad, but that he had felt the Spirit. He said reading my words helped him remember the importance of family. He kept repeating over and over that it was the most beautiful thing he had ever read. His reaction penetrated my heart, and I never want to forget it.

You can read mum.info’s version here. “Mommy, why is my last name different than yours? I want your last name!” My son, Casey, was only four when his little voice trembled out those piercing words. He and I had shared the same last name his whole life. It had just been me and him since before he was one year old. I had recently remarried, so my last name was different. And now, I was going to have a baby who would have my new last name. I wanted to cry with Casey, simply because he was sad.

That was six years ago, and I have done all I can to make sure he has no reason to cry over his last name again by:

That was the first step – helping him see that his last name was wonderful. No, it wasn’t my last name, but with a name holds a legacy going back generations. By holding onto his last name, he would be showing pride in his rich heritage, and extending love and appreciation for not only his father, but his father’s extended family.

I think it hurt Casey a little when I got remarried. It was no longer just us. Then, when I had more children, he was no longer the only child. There are five of us in our household, and he has a different name than the rest of us. But, as I share my love, attention, and devotion to him daily, having a different name will never make him feel less cherished or important.

It isn’t me against his dad. It never has been. I don’t tell my son that he can’t love, respect, or have a relationship with his father. I don’t tell him that I am a better parent, or place any blame or bitterness in his father’s direction. I do not judge his dad, or speak ill of him to my child. We rather pray for him and his family. I always keep the mind-set that his father is on the same team as me, my husband, and all other family members working to help Casey have a happy life and be a good boy.

Casey’s father lives far away, so he can’t see him often. However, I encourage regular phone conversations. He also flies to see his dad and extended family each year for several weeks. I have had people tell me that I shouldn’t have to do that because of the circumstances surrounding our divorce, but I feel very strongly that regardless of what happened in our marriage, Casey’s dad will always be Casey’s dad. They should have a relationship, and a strong one at that.

I did not do this when he was four, but about a year ago, I told my son why his father and I divorced.  I didn’t water it down, but I also didn’t place blame or judgment. I encouraged my son to continue to have a strong, loving relationship with his dad. I told him to forgive him, pray for him, and encourage him to change his life for the better. I told him I am not sad about the divorce anymore. Though I wish that Casey could always be near me and his dad, I know we are blessed and things have worked out well for us.

My husband of over five years is so wonderful to Casey. He always has been, and I knew he would be a wonderful father to him the first time they met. Casey doesn’t refer to him as his stepdad, but as his Daddy. He has two dads, and that is cool. He also thinks of his half-brothers as his brothers. That’s what they are to him. We are a family, and we love each other. There is no need to create those lines of division.

These artificial lines of division apply to me too. When I was first divorced, I thought it would be strange to continue having a relationship with my ex-husband’s extended family. I was uncomfortable by the phone calls and gifts at first, but finally I realized that they hadn’t abandoned me, and there was no rule that they had to. The fact that I wasn’t married to their family member anymore, didn’t all of a sudden erase the bond and love we had with each other. I still speak on the phone with my ex-husband often, and keep in contact with much of his extended family on social media and occasional emails and phone calls. It is a good thing, and it helps.

It is safe to say that my 10-year-old has a very happy life. He has three family trees to call his own. He is loved and cherished by all of them. He knows that there is so much more to family than a name. He knows all families look different, but as long as we are there for each other, we can always feel that we belong and that we are safe.

*I fully recognize this model may not work in its entirety for everyone. I strongly believe, though, that doing as much of this as possible will help your child feel that he belongs, and that life in any family situation can be grand.