Someday we will understand 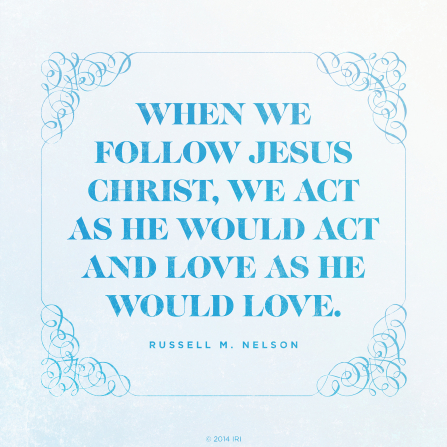 I have a brother who is funny, kind, intelligent, musically gifted, a friend to all, and a very supportive and loving uncle and brother. He is someone I respect and love with all of my heart, and one with whom I share many happy, and hilarious, memories. He also happens to be openly gay. 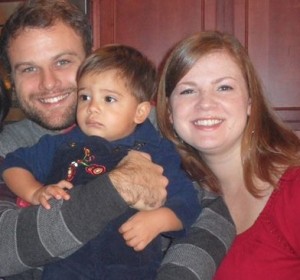 When he asked me to watch a documentary last year called “For the Bible Tells Me So”, I gladly agreed to watch it. It was a documentary that greatly affected me. I sent my brother my most sincere thoughts and feelings from the film:

…As I watched and heard some of the views people have, I was astounded. I always knew there were prejudiced people out there, but I didn’t realize there were so many gay-bashing people, especially Christians.

I am in total agreement with a lot of the points: you can’t change a person who is gay. Being gay is not a choice. Forcing a gay person to hide his orientation is detrimental. SSA is not a disorder or illness. I agree with all of that, and so does [The Church of Jesus Christ of Latter-day Saints].

I agree that often the Bible is taken out of context, and I appreciated the interpretations of what some of the scripture passages in the Bible might have actually meant. I think the reason there are so many Christian churches is because people pick and choose what to believe from the Bible, and [also] study passages out of context.

I have so much sympathy for what gays go through. I have not even thought of this, but I imagine you have gone through persecution in your life. I hope not; I really do.

I wasn’t there when you came out to Mom and Dad, but I commend you for being honest and telling them everything… That must have made them sad because I think all parents hope their kids will get married and have kids of their own.

Mom and Dad never expected to have a gay child, but they did. I am totally aware there is a possibility one of my children could also be gay. If that is the case, I would want him to be honest with me, and I would still love my child with all my heart.

I got a lot out of the documentary. I found I related the most to the black family in Haw River, which is only like five minutes from Mebane, where they love their daughter, but don’t rejoice or encourage her lifestyle.

Now, as I say that, I have thought a lot of what it must be like to be gay. I am not, so I can’t have that empathy. However, if I were gay, I would imagine that I would want what most anybody wants: a romantic, long-lasting relationship. Suppressing that desire would be so difficult, and being confident, while being a widely misunderstood and feared minority, would be a definite struggle.

Aaron, my heart is with you, and I do not judge you or hate you or fear you or find you in any way disgusting. You are my brother and I love you with all my heart. Out of all my siblings, you are the one I bond with the most. I [also] have many gay friends, and have always been comfortable around them…

I will always believe, however, that marriage should be between one man and one woman. It is not because I hold on to those few Bible verses. It is not because I have a huge passion for the definition of marriage. It is because I have a strong testimony of God and of [modern day] prophets. I believe that God knows more than we do, and that sometimes He has commandments that don’t seem fair or make sense to us as humans. I believe someday we will understand.

Here is what I do understand: life on earth is short. Life after death will go on forever. This life is a time to prepare to meet God. If I am a true disciple of Christ, my focus should be not on how to bring happiness to others on earth only, but to bring happiness to people in this life, and especially in the life to come. God always meant for a man and woman to be together. Only through that union can children be brought into this world. True joy comes from this family unit.

You may ask, why then would He allow people to be gay? That is a question I have too. I think out of all struggles, that would be one of the hardest.

That is the extent of my understanding and my testimony. I don’t understand everything. I don’t hold the stance I do because I am bigoted or because I don’t want equality. I have the stance simply because that is what I believe God wants. That doesn’t mean I am totally comfortable with it. Being a Christian sometimes means taking leaps of faith, and walking in the dark until God reveals more light.

At the end of the documentary, one of the parents said that she wants to help the churches change. If Christ is the head of Christianity, only He can change His doctrines. Otherwise, the church would be a man’s church. I disagree with her opinion, but I do agree that Christians need to act like Christians and accept gay people into their congregations and into their hearts.

I hope this commentary gives you some kind of peace and clarity, if there was ever a thought in your mind that I didn’t love you as much because you are gay. I hope you never ever think that because it is not true…

I wrote this message to my brother nearly a year ago now. I meant every word I said, and I still believe it with all of my heart.

I know my brother, and many other people are ecstatic about the recent Supreme Court ruling, legalizing gay marriage in all 50 states. I understand why they are happy. When I first found out my brother was gay, 10 years ago, I was actually very adamant about supporting gay marriage because I wanted my brother to be able to be happy, and to have the union that I had with my spouse.

My feelings have changed since, but not because I love my brother less (in fact, I am closer to him now than I have been in a long time).

Rather, my feelings have changed because I have recognized that I have a duty, as a baptized member of The Church of Jesus Christ of Latter-day Saints, to stand as a witness of God at all times and in all things and in all places. 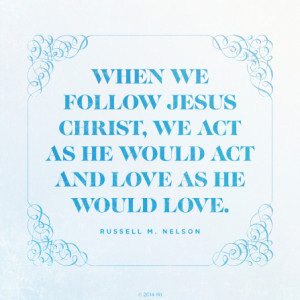 I have tried to start living my life by considering good, better, and best options. To me, the best way is always God’s way.

The problem is, we differ in our definitions of God’s way, and many people do not even believe in God, or believe in a different god.

To quote from Fiddler on the Roof, “He’s right and he’s right? How can they both be right?” Tevye, whose previous comments provoked this puzzlement, answers and says, “You know, you are also right.”

I must believe and do what I believe is right. I believe God is still speaking, and that He has upheld his charge that marriage should be between a man and a woman only. I have seen the blessings of leaving my parents and cleaving to my spouse. I know that there are divine roles for both men and women, which when combined in righteous unity, can lead to harmony in the home, and provide the most ideal setting for raising children. 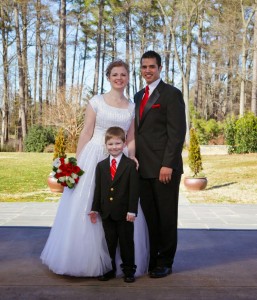 As I do what I believe is right, I certainly do not want to be contentious, or contribute to any feelings of division in our land. Know that I believe everyone is a child of God, and are loved equally by Him. We all endure various trials over the course of our lifetimes. We will also be tempted, and oftentimes succumb to that temptation. We are always equal for these reasons, and we must treat each other as such.

I recently asked Aaron if he was offended that I often eat at Chick-fil-A, a company that is very pro traditional marriage. His answer is a profound ending to this discussion, and something I hope we can all reflect on:

It doesn’t bother me at all, actually. I even have had it in the last couple of months. It did bother me at first; I didn’t want to support a business that didn’t align with my political and personal views. But then I thought, do I want to encourage destruction or growth? By encouraging myself and others not to go there, in protest, I was hoping in some roundabout way that their business would fold. If enough people stopped going, they would be FORCED to change or fold. On the other hand, by continuing to go there in love and peace, I am encouraging growth and acceptance in Chick-fil-A’s employees. I want to promote understanding, not violence. I can’t do that if I’m not present.

Update: My brother and I had a lovely conversation about my post. He even had a stranger message him and thank him for his example. In our conversation, Aaron said something profound, a message I had actually almost written myself. I suppose it needs to be shared:

If #lovewins is to really mean anything, we must treat all with love! Not just those with whom we agree on any given matter.

This post is part of a blog hop with these wonderful bloggers! We’re talking about our marriages, giving tips, and sharing what we’ve learned, but most importantly defending traditional marriage between a man and a woman.