If she is the worst mother in America, so am I.

Making Life a Bliss Complete > Memories/Stories > If she is the worst mother in America, so am I. 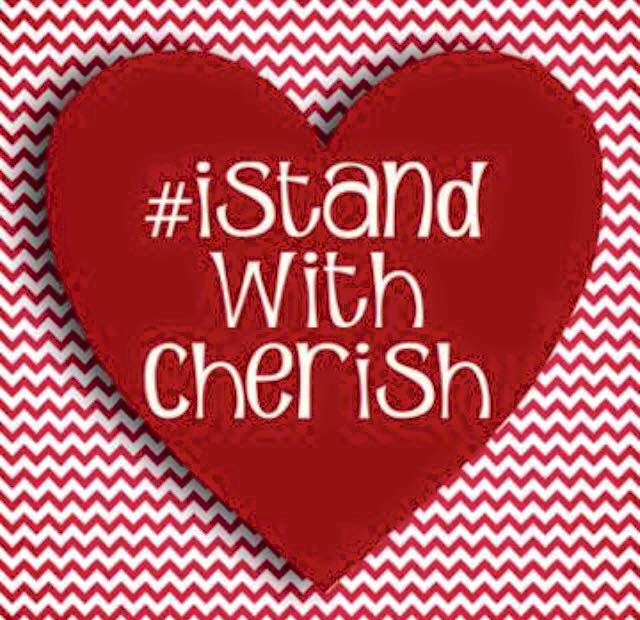 A few days ago, I heard about a movement called #iStandWithCherish. I didn’t really know what it was, and wasn’t super interested in finding out. Then, I kept seeing it everywhere, and read my friends’ passionate posts about it. I then decided to find out what this was all about. I read a quick news article summarizing that a mother of four from Gilbert, Arizona, accidentally left her 2-month-old son in a shopping cart outside of a hair salon after checking out from a local grocery store. When I read that she left him alone for 40 minutes, I immediately found myself pressing judgment. How can a mother leave her child for that long? Why didn’t she notice? How did this even happen??

Then I decided to watch a video interview where Cherish Peterson told her story in detail. After I heard the whole story, and saw the clear hurt and regret she was experiencing, my heart changed. I felt compassion for her because it was clear that she loves her children, and that she just made a horrible mistake.

My mind immediately went to two times in my life as a mother where I made horrible mistakes that either did cause harm, or could have caused harm, to one of my children.

The first incident was in March 2012, when my second son, Rigel, was 14 months old. I had just given him a bath. I set him on the twin bed in his room, up against the wall. I then turned my back for mere seconds to get his clothes out.  A few seconds was enough time for him to scoot backwards to the edge of the bed, and fall with his arm behind his back onto the hard floor. His wrist had been fractured, and he had to wear a cast for weeks. Thankfully, Rigel healed, and he never lost his cheerful disposition the whole time he was in the cast. I learned my lesson, though, and from then on I was much more careful, and didn’t put him on the bed unsupervised until he was old enough to walk and get on and off the bed on his own.

The second time I put one of my children in danger was three years later, with the same child, on March 17, 2015. It was so devastating, I haven’t felt comfortable sharing it with others, but now I feel it is time.

I had just taught that day’s church Institute class. I always had a lot of responsibilities after class, so occasionally, one or both of my little ones would end up in the hallway running around with other kids. One of the other moms told me that Rigel was walking around the church with her daughter.

I was planning to go get him, but my youngest, Kamren, decided he wanted to go outside to the parking lot to play with the other children outside. I followed him out, thinking that Rigel and the other little girl would come out the same door (the only door we use for class) in the next couple minutes.

The girl’s mother was still in the church, so I assumed she had found the kids and was playing with them, so as the minutes ticked by, I wasn’t worried at all. But when she poked her head outside and asked if I had seen the kids, I got a little concerned. She went back in to look for them in the gym.

Soon, a police car pulled into the parking lot, and my heart sank. I didn’t know why, but I assumed they were there because of Rigel and his friend. They were. The officer asked me if anyone was missing some kids.

I said that maybe I was. Then, he opened the door and there they were. I was grateful, concerned, and also confused as to how they got away from us.

Apparently, they were seen walking on the sidewalk of the very busy main road right by the church. This didn’t make sense, because there is no easy access to this road from the church parking lot. After mulling it over with other women, we figured out that that the kids must have opened a different door to exit the church, walked through the woods, and down the steep hill the church was on to get to this road. This was something I never would have expected to happen in a million years, and it was surreal.

For a few minutes, I was just totally involved in answering the officer’s questions and hoping I wouldn’t be charged with anything. When it finally hit me what had happened, and what could have happened, I broke down and wept.

My friends were so comforting and kind to me. They reassured me that I was a good mom, and that I couldn’t have known that would happen. I was so grateful for their sympathy, love and compassion. They helped me calm down enough to drive home. I sobbed the whole way there, and tried to talk to Rigel about the dangers of what he had done. He was so sweet and innocent, saying, “But Mommy, I stayed on the sidewalk.” I felt so incredibly grateful that he had remembered that rule. It could have saved his life.

One of my class members, Stephanie, sent me this sweet email later that day: I hope you are doing well after today’s scary accident. I meant what I said that you are a good mother. This was an accident that we can learn and grow from and I don’t think any less of you and Heavenly Father doesn’t either. Your love for your children is evident in the way you are with them and the things you teach us. Peace be with you my friend. I’m so glad sweet Rigel and <> are happy and safe.

I thanked God over and over for this miracle. I felt strongly that angels were with these two precious children that day to protect them from a devastating fate. My faith was renewed because of this experience.

I made this post on Facebook that day: I am feeling very thankful and aware of my Savior today, as well as how precious my children are, and what a great responsibility it is to be a mother. The Lord trusts me with these little angels. I must always be worthy of that trust. This is Rigel the next day, safe, sound and happy.

I learned from this mistake too. I brought a baby gate to class from then on. I implemented a rule that no child could be outside the classroom without a parent. I continue to watch much more carefully over my children, even months later.

I felt like the worst mom in the world on both of these occasions – especially the latter. But, was I? Am I? I make mistakes. Cherish made a mistake. Thousands of mothers and fathers have made similar mistakes. We aren’t perfect. We do our best, but we falter. Then we learn and grow from these mistakes, and do so much better in the future.

In Cherish’s interview, she said that nobody loves her children more than she does. I feel exactly the same way about my children. If you had been one of the staff at the Orthopedic office who saw a hurt baby, or one of the drivers on Martin Luther King Jr. Blvd who saw two toddlers walking down the street alone, you might have judged me as a careless, stupid, irresponsible, unfit mother. But, you wouldn’t be right because you don’t know me. You don’t know that the thought of  any of my children getting hurt causes me to sob uncontrollably. You don’t know that I dedicate my life to their well-being and happiness. You don’t know the joy they bring me, or that I would willingly give my life for them.

Similarly, judging Cherish Peterson for this mistake, which admittedly is horrible, and labeling her as an unfit mother, isn’t fair. If you have never made a mistake like this as a parent, you probably will. But, even if you don’t, please have compassion. Let God be the judge. Bashing someone’s name and dignity into the dirt on social media or in your heart is not helping anyone.

The focus in this situation should be gratitude that her sweet baby was unharmed and is safe. If he had been harmed, I would hope we would be praying for their family’s peace and comfort. Hate and unkind judgments will never make the world a better place, and they will never undo what has already been done.

Awareness of how to prevent these types of situations does help. Compassion and support do help. Prayers most definitely helps make the world a better place.

Please stand with Cherish, as I and thousands of others do now. You can support Cherish on Facebook here and here.