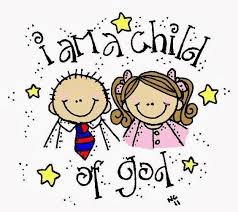 There are a lot of things that set my church, The Church of Jesus Christ of Latter-day Saints, apart from other churches. One big one is that our church congregations are run by its members. We do not hire our spiritual leaders, teachers, choristers, custodians, pianists, etc. The members are asked to, or called, to do these responsibilities for a time. These callings are given through inspiration, and as members, we are given the opportunity to accept those calls.

In December 2014, I was called to be the Primary Secretary in my ward (congregation). Primary is the organization for children in my church. We have a Nursery program for ages 18 months to 3, and then the official Primary program for ages 3-11.

When I first was extended the call, I admit I wasn’t excited. I had done this calling before in another ward, and it was mostly paperwork and organizational stuff. But, I accepted the calling out of obedience, and a willingness to serve in whatever way I could.

Fast forward to September 18, 2016, the day I, and the rest of the Primary presidency of my ward, got released from our duties. It was the day of our yearly Primary Program, where the children ages 3-11 get up in front of our congregation to sing songs they have learned all year, and present speaking parts about spiritual topics also learned that year. The day of the Primary Program is one of my favorite Sundays each year, and this past one was extra special because it would be my last one in the presidency.

I was so proud of the children, and my love for them spilled out through my tears. I couldn’t hold back the emotion that day as I was released. I sat quietly during my last Sunday in the Primary room with them, sad I would be leaving them, and that I wouldn’t be able to teach them anymore.

In the past year and nine months, I have learned so much from these wonderful Primary children, and from serving as Primary Secretary. It is a calling I am so grateful I had because, not only was I able to assist in keeping our Primary dealings organized, I was able to collaborate with the other sisters in my presidency on many issues, like activities, callings, and needs of children. I was also able to teach the children periodically (my favorite part), sing the songs with them, and just get to know and love each child.

Here are some of the things I  admire about the Mebane Ward Primary children:

I just love Primary. I felt Heavenly Father’s and Jesus’s love for them and for me over and over again as I sat and watched them, helped them, taught them, or sang with them. It has been hard the last few weeks not being with them, but I know the Lord has another responsibility waiting for me. I will do my best to fulfill whatever it is, for I know it will be for my spiritual good.

Thank you, dear Mebane Ward Primary children, for all you have done for me! You are special children of God!