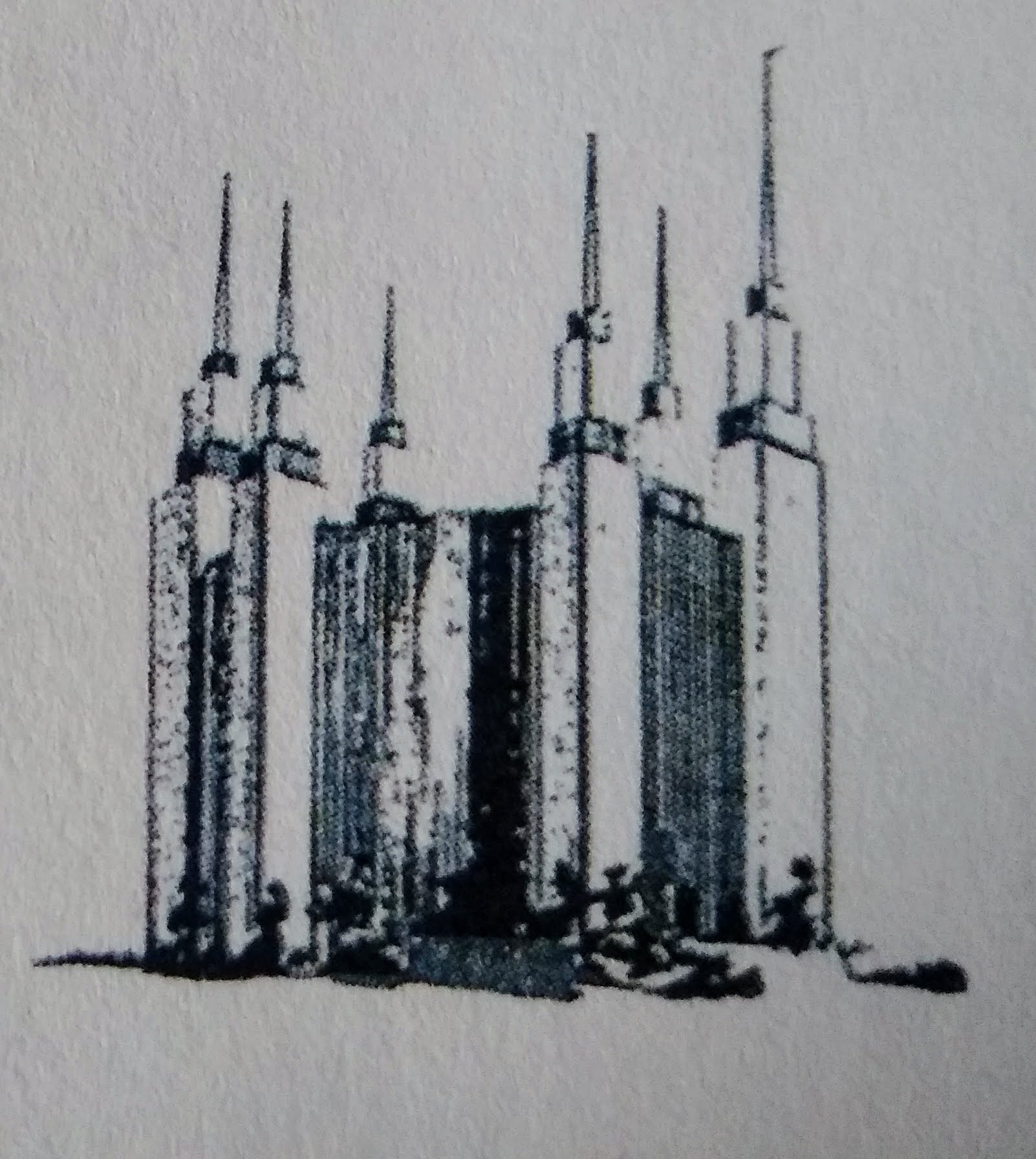 I was going through old papers on my desk today, and I was so happy to come across the story my Granddad told about the Washington, DC Temple Dedication in 1974.

I read it, and tears came to my eyes. I felt that I needed to share it with each of you to show that miracles are real.

He began with a synopsis of the situation and then wrote his experience in his own words. Here is the entire paper from beginning to end, as written by my beloved granddad, Clifford D. Jordan:

The dedication of the Washington, D.C. temple was held in November of 1974 in the Solemn Assembly Room on the seventh floor of the temple. This room accommodates approximately 1300 people, with overflow facilities to handle a total of 4200. All sessions of the dedication were filled to capacity.

The Richmond Virginia Stake Music Committee was given the honor of furnishing the music for the second dedicatory session. Frances James and Clifford D. Jordan were called to select and train an eighty-voice choir from throughout the states of Virginia and West Virginia.

Individual auditions were required. The allocation for the Richmond Virginia Stake was twenty voices–five in each part.

The musical selections during the service were:

“I Know That My Redeemer Lives” (choir)

“An Angel From On High” (choir)

“Bless This House” with special words (solo by Betty Butterworth)

In early August 1974, I received official notification of my calling as organist for the Second Dedicatory Service of the Washington Temple on November 19, 1974 at 1:00 P.M. Detailed instructions were included relative to my responsibilities which included forty-five minutes of prelude/postlude music, and service music. The model number and specification of the Allen organ to be used were included. It was recommended that I try to find one of these organs in the Richmond area and familiarize myself with the instrument. Advanced preparation and practice was a must, as I would only have thirty minutes of use of the organ prior to the dedication. This included rehearsing with the soloist, Betty Butterworth.

I immediately began my search for this organ, and found the exact organ in Corley’s Music Store on Cary Street in Richmond. After explaining my needs to the store manager, I was delighted to learn that the instrument would be available at any time during normal business hours.

During the next three months I practiced almost every Saturday morning. The main purpose of this practice was to learn and memorize the geography of the console (location of stops, couplers, pre-set pistons, and tone characteristics for solo and blending purposes). This is the major concern of all organists, as no two consoles are alike and stop tones vary from instrument to instrument. A well-trained organist with strong manual and pedal technique cannot play effectively until he is totally familiar with the organ. This particular organ model had two manuals with approximately sixty stops, and was quite versatile.

On the evening of November 18, my wife (Lois), the soloist (Betty Butterworth), and I entered the Solemn Assembly Room at the appointed time for our allotted thirty minutes of practice on the organ. I felt thoroughly prepared, and looked forward to one of the most spiritual and exciting occasions in my life. I quickly discovered that the organ was not the same instrument on which I had practiced so many hours. In fact, it was twice the size–with three manuals and at least 150 stops, couplers, and pre-set pistons. The potentials of this magnificent instrument were limitless, and for fifteen minutes I studied, tested, took notes, and did everything possible to learn what I could in a short time. The last fifteen minutes were spend with the soloist.

Due to the many organists following me, it was not feasible to utilize pre-set pistons. There would be no time to do this prior to the service. Therefore, I had to rely solely on manual manipulation of the stops for desired sounds. This meant knowing where to find them instantly as I played. I knew this would be impossible of myself as the console was far more than I could absorb in a few minutes.

I returned to the hotel extremely troubled, knowing that I needed help and a lot of it. I got on my knees and fervently prayed to Heavenly Father that He would bless and help me as I played the next day, that I might be able to play at my optimum level and know where to find all the needed stops for the glory of His Holy Name. The same prayer was repeated during the night and the next morning.

I went to the organ the next day very nervous and insecure. After I sat down at this huge and complex console, I repeated my same prayer. I looked up at the console, and a miracle happened! The console was no longer complex to me. I knew exactly where every stop was located and the anticipated tonal quality of each. I performed far beyond my natural mental and technical ability, because I performed under the guidance of the Spirit of the Lord.

At the conclusion of the dedicatory service, the eighty-voice choir and congregation of 1500 plus joined together in singing the “Hosannah Anthem” (The Spirit of God). During the singing of this hymn, I heard a multitude of singing voices encircling me–which was not coming from the congregation! Tears were flowing down my face so rapidly that I could not see the music. I knew I was surrounded by a heavenly choir!

This is my testimony of prayer, faith, and truth.

Once I posted this blog post, I got comments from people who were there:

From my beloved Nana, and Granddad’s wife, Lois Jordan:

Cliff was on his knees off and on the whole night before.
He played so beautifully at our session of the dedication. There were several of us in the choir that heard those “extra” voices.
The man recording the music for all the sessions contacted Cliff to apologize for the poor recording of the music for our session. All the others came out perfectly except that second session on the first day. He said he felt it was not meant to be heard outside the Temple for it was the best of all the music presented and he had recorded all sessions each day. These are my most vivid memories.

From my lovely mother, and Granddad’s daughter, Laura Thacker:  I never tire of this beautiful story. I attended that solemn assembly as a young girl. No one would have ever known Dad hadn’t been playing that kind of organ for years. The music was perfect.♥️

From a family friend, Debbie Spivey: Your Grandfather was so amazing and talented! I was at that dedication and I remember your mom and dad sharing this experience. There was no doubt that the music was so glorious that day!