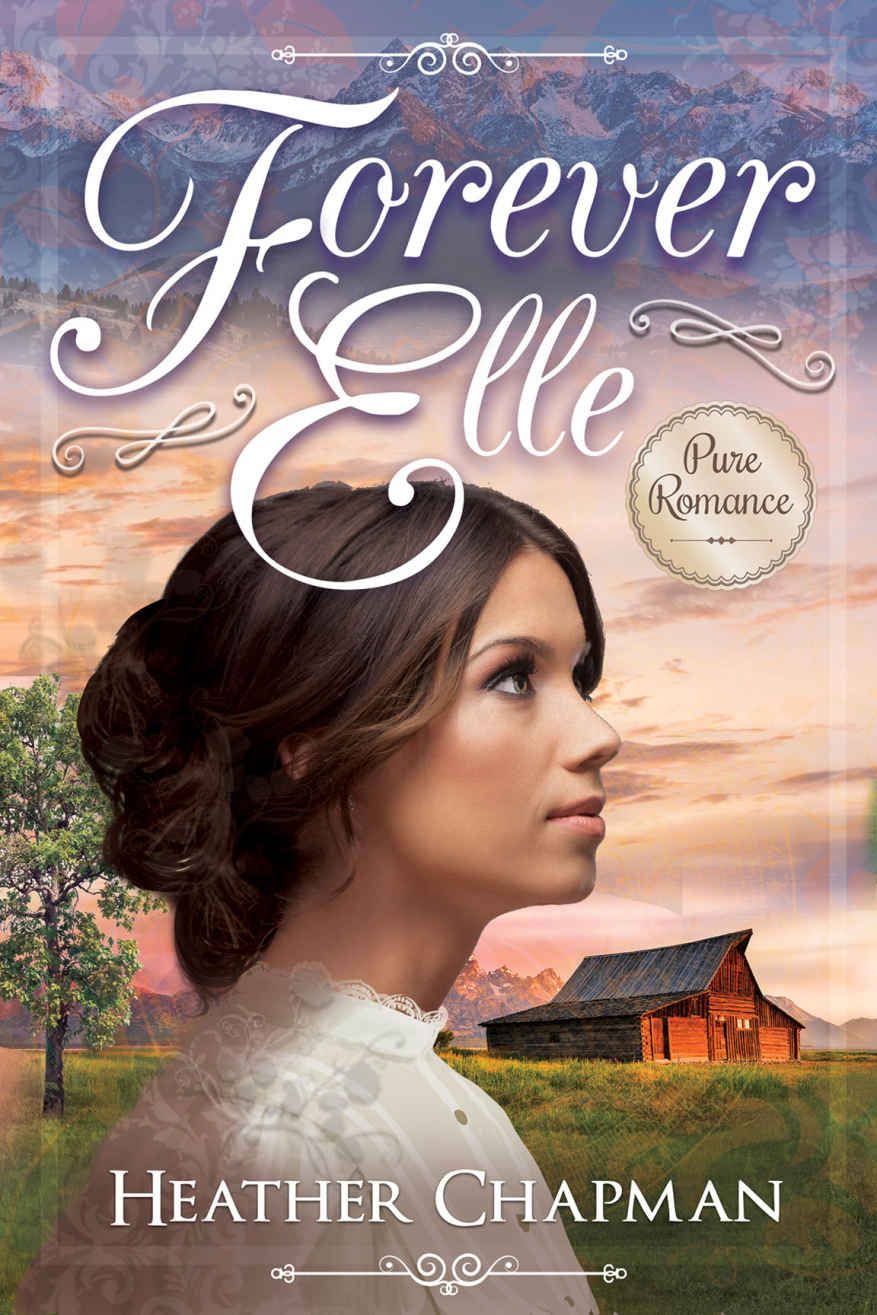 Okay, Heather Chapman, I have read four of your works now, and this one is my absolute favorite!!!!

Take my word for it, everyone, and READ THIS BOOK! I loved it. I couldn’t put it down the past couple days. Every spare moment I got, I snuck in a chapter or two, and when I couldn’t read, I wished I were reading.

The main character of Forever Elle is a young, awkward, accident-prone, unladylike young woman named Elle Pratt. She lives on a farm in the early 1900s with her family in the Tetons. She wears her heart on her sleeve, is stubborn, feisty, and is a constant disappointment to her father, who is incredibly hard on her (as well as her brother, Paul).

When one too many incidents happen, her father sends not only her, but her beautiful, ladylike, kind-hearted sister, Clara, to live with their Aunt Nora to attend a boarding school in Virginia. The move will change Clara’s and Elle’s lives in many complex ways, and Elle has to decide who she is and where she belongs in the world as she grows into womanhood.

I don’t want to give too much of the story away, but I will say that the characters are complex and so interesting. I feel like I don’t have much in common with Elle, except maybe her stubbornness and proneness to tears when things are hard, but I just adored her character. Sometimes she made me laugh out loud, and other times, I really felt for her. She felt like a real person to me, and I loved going through her journey of self-discovery with her.

The book made me do two things several times – blush with girlish excitement over the chemistry between Elle and a young man I won’t name (it’s better to find out yourself), and cry unexpectedly at parts that weren’t necessarily supposed to make me cry (like when someone gets thrown in the creek). My emotions surprised me sometimes as I was reading.

I knew what the ending of the book would be pretty early on, but that’s okay, because I eagerly awaited the completely satisfying and heart-pounding exchanges that led to the ending, or shall I say, new beginning?

When I finished the book, I realized that most of the story was just about regular life, and that there weren’t that many adventurous or over-the-top moments, but I was pleasantly surprised to find that this book didn’t need anything like that. It stood perfectly well on its own two feet simply by following the life of dear Elle Pratt. And that is saying something!

Well done, Heather Chapman. Congrats on this masterpiece. I truly loved it.

Elle’s life on her family’s farm in the Tetons is filled with everything an adventurous thirteen-year-old girl could want: climbing oak trees, picking berries, and spending time with her brother and sister. Elle can’t imagine a better place to live than on the farm, but when her father’s stark disapproval and high expectations cause him to send Elle and her sister away to a boarding school in Virginia, Elle’s dreams of a blissful life in the paradise of the Tetons come crumbling down around her. Determined to be the perfect girl her father always wanted her to be, Elle quickly grows accustomed to her new life as a lady, but as Elle is thriving in Virginia with her adoring aunt and uncle, her new friends, and a handsome suitor, a tragedy on the farm calls her back home and forces her to reconcile her two worlds. Torn between possibilities, Elle must choose whether she wants a life as a proper lady with a respectable gentleman by her side or a life back on the farm with the charming farmhand, who always turns up when she least expects it. But would throwing away her promising future as a lady mean giving up all she was meant to be?

Being the youngest of four sisters (and one very tolerant older brother), Heather grew up on a steady diet of chocolate, Jane Austen, Anne of Green Gables, Audrey Hepburn, and the other staples of female moviedom and literature. These stories, along with good teachers, encouraged Heather throughout high school and college to read many of the classics in literature, and later, to begin writing her own stories of romance and adventure. After meeting and marrying her husband Mark, Heather graduated magna cum laude from Brigham Young University and finally settled down in a small farming community in southeastern Idaho with her husband and four children. In her spare time, Heather enjoys time spent with family, volleyball, piano, the outdoors, and almost anything creative.