Choose to Be a Gift Giver 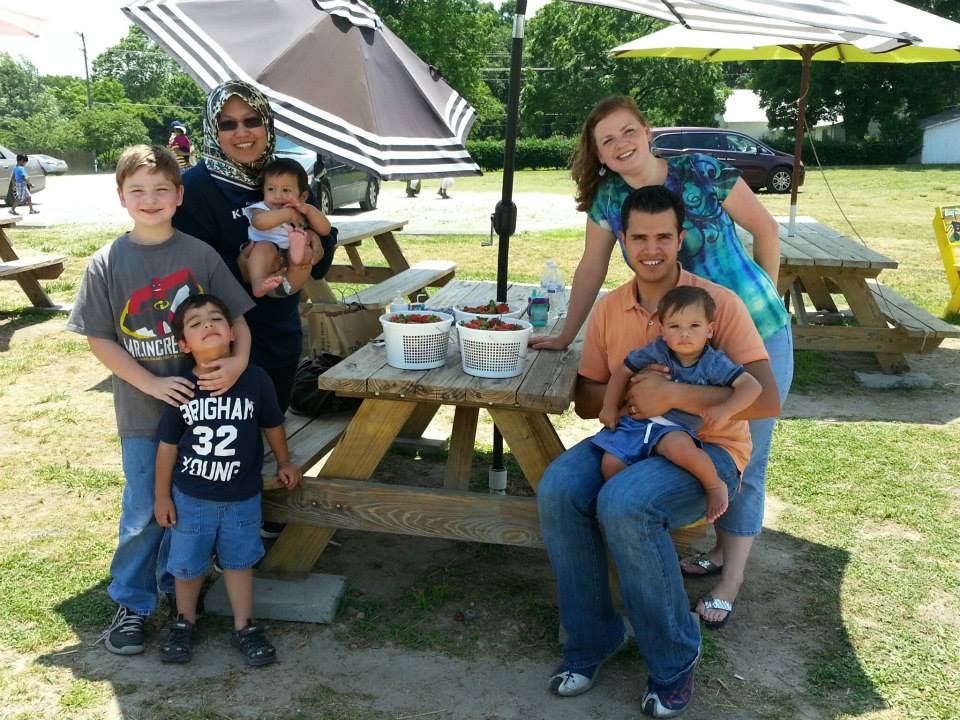 We feel a lot of those feelings in today’s world:

Fear for our safety, and that of our families and friends.

Frustration at the blame games, racism, arguments, persecution, name calling, and lies of those around us, including our leaders.

Depression over the repercussions of wicked choices in this world.

Fury at the people making those wicked choices.

Loneliness when we feel we stand alone in our values, or that people don’t accept us.

Have you felt any of these things with recent world events? Do you experience these feelings when browsing social media? Do you worry about the future – yours, your country’s, and the world’s?

I have, and those dear to me have too. I have thought a lot about how to overpower those feelings with good ones.

Then on Wednesday night, when I was listening to “Santa” tell stories, he said something that struck me deep down:

Being a representation of Santa, one might expect gift to mean tangible items wrapped in paper and ribbons. But no, he expressed that gifts could be as simple as saying “I love you.” Any time you use your heart for the benefit of someone else, you are giving a gift.

Sometimes we are the victims, and sometimes we are the perpetrators of negative influences. No matter the case, we can formulate our attitudes and change our behaviors so that we are gift givers rather than gift destroyers, gift takers, or gift withholders.

Instead of shunning, fearing or persecuting a group of people for any reason – whether because of the actions of a few or our upbringing, we should seek understanding, treat everyone as an individual, and have mercy and compassion. This is a gift.

Instead of discriminating against a group or organization because you don’t understand them, agree with them, or like them, check your facts, open your heart, get to know them, and try to see their perspectives. This is a gift.

Instead of name calling, blaming, hating, and arguing (on social media or in person), take a step back, breathe, realize you may not have all the answers or be right, and remember that everyone makes mistakes, including you. Likewise, everyone has worth – talk and write about that. This is a gift.

Instead of vilifying individuals you don’t agree with, try to find good in them, and always keep in mind the good or damage your choice of words can do to others. This is a gift.

Instead of holding grudges and spreading negative gossip and judgments about others, recognize that people can change. Forgive and give second changes. This is a gift.

Now, why am I talking about this? As everyone knows, in recent weeks, there have been multiple terrorist attacks (Paris, Beirut, San Bernardino). There have been huge differences of opinion on how to, or if to help Syrian refugees. There have been strong political statements towards keeping Muslims out of the USA. All of these things have really hurt my heart.

You see, my husband, Jad, grew up in Jordan, a Middle Eastern Muslim country. He has always been a Christian, but grew up around many Muslim people. His very best friend, Ahmed, is Muslim. His mother’s best friends are also Muslim. I felt prompted to ask Ahmed’s Malaysian wife, Nurliyana (AKA Liyana), about how she has been treated since these attacks. I will share some of her comments in an effort to open our eyes to the ugly realities of racism, misinformation, hatred, and discrimination: 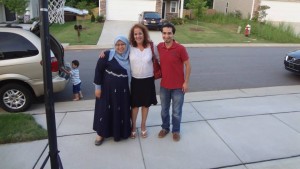 It has been frustrating, humiliating, and nerve-racking to hear about the series of bloody massacre of innocent people for the past two months (i.e., San Bernardino and Paris attacks). Because the criminals/terrorists are Muslims or at least claimed to be (apparently in the name of Islam), the rest of approximately 2.08 billion Muslims in the world are deemed collectively responsible because we share something in common (word, names, fashion, appearance) with the perpetrators. As a result, the majority of good common people are petrified, concerned, and tend to build hatred, suspicion, and social stigma toward Islam specifically and toward Muslims at large.

As a Muslim wearing a headscarf in America, I am aware of this and understand the consequences. All of my sisters in other Western countries are also aware of this. Some are scared to be blamed for the things that they don’t do. After the Paris attack, I noticed some uneasy looks when I went to groceries, dentist, airports, and parks. I was queuing in line one time when I heard a lady whisper, “Why does she have to wear that (referring to my headscarf)?” and her daughter replied, “Because she’s stupid.” One time at a park, Ahmed and I noted a senior couple detour to take different route to avoid an encounter with us. There were several other events too, and it is totally understandable because people are scared and frustrated. This kind of “treatment” is expected and could happen anywhere, anytime. It could be seasonal or ongoing. When I was in Miami, the rear mirror of my van was splashed with someone’s vomit and not long after the incident, my next door neighbor put up a banner saying “We will never forget 9/11.” One time at Miami’s DMV, a guy at the counter held my passport with his two fingers, as if he was picking up something unpleasant.

No religion in the world values the act of terrorism and any sort of crime…With patience and love, I’ll face them in the best manner as possible. These people are not ignorant. They are victims. They are scared and have been fed with fear and hatred for such a long time. The world is becoming a small global village now with Internet and technology and hopefully, their future generations will be able to receive different, broader perspectives and understanding on what is going on.  Let’s keep spreading the love! 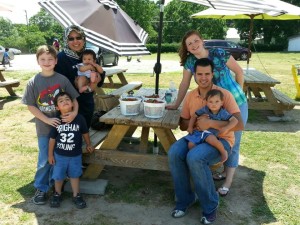 Strawberry picking with our friends and their little Umar.

Liyana is a wonderful woman. I love her attitude of being patient and loving. She isn’t judging those that judge her. She knows they are victims of misinformation. Her example is inspiring in the midst of the terror in this world.

Let’s be like her. Instead of letting all of the above bring you down, be an example of what is right. Never stop being a light. Never stop sharing goodness, even if you think nobody is listening, because they are. As you do this, pray that others will feel your love. This is a gift.

Never be discouraged, give up, or feel alone. Even if you tirelessly give of yourself, and those gifts seem not to be accepted or appreciated, they are still worth it because of the change they bring in your own heart.

The happiest people in the world are gift givers. Let’s choose to be happy through our peaceful, loving, compassionate deeds towards all of our fellow men and women. 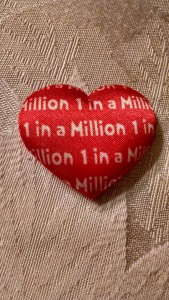 The heart “Santa” gave the children to remind them to be gift givers.