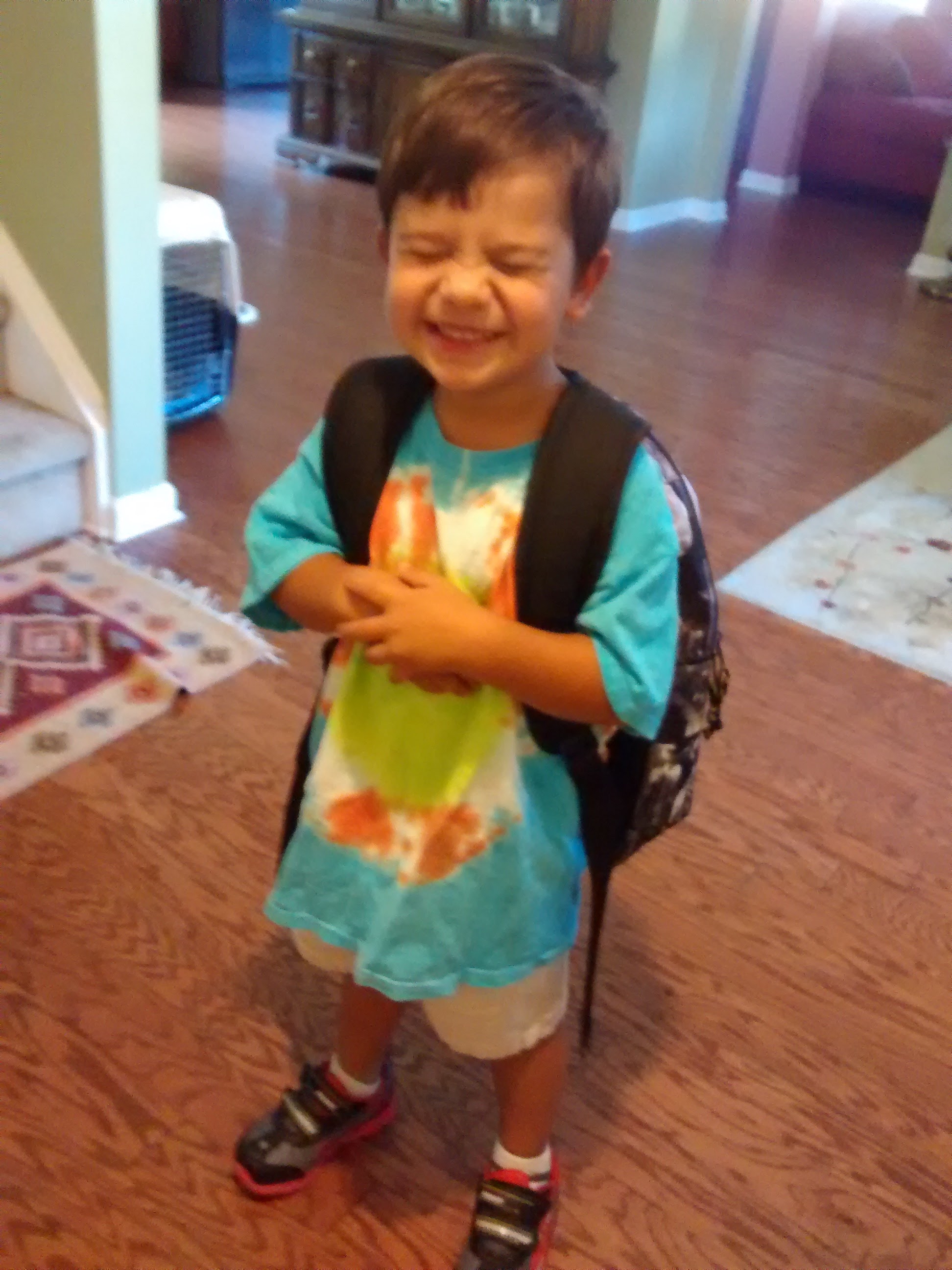 It has just been Kamren and me at home each day for a month, and it has been so nice to spend quality time with him. I knew since last year, though, that he would be going to preschool this year. Every time we dropped Rigel off, or picked him up, he would be so excited, and want to stay and play.

So, I set him up to attend MUM’s two days a week this year. We would still be together a lot, but he would have the chance to socialize, and hopefully do better with his speech and openness. Last night, we got in really late from our Labor Day weekend Philadelphia trip, so I was a little worried about getting him up this morning for preschool. But, once I woke him up and told him where he was going, he didn’t put up a fight at all. He picked out his clothes, and got dressed quickly, excited to put his backpack on. He got in the car with his breakfast, and off we went. Once we got to school, he got nervous and unsure, which I was a little worried would happen. But, he walked with me slowly into the building. He got to the bathroom to wash his hands, and started to remember Rigel’s routine from last year. We found his name, and he hung his backpack up. Then, he met his teacher, Ms. Ashley. She was very nice and welcoming to him. And then, I left. I looked longingly down the hall to see if he would come running. He didn’t, and I was sad to leave my little angel. But, I went home and got to work cleaning up from our trip, organizing, and doing lots of projects. Before I knew it, it was time to pick up my little man.

When I approached the playground, I saw his little brown face staring into the gate, as if he didn’t want to be there, or just really wanted me to come get him. I said hello, and my sweet boy and I met again.

His teacher told me he did great. He listened to everything she said, played well, and even cleaned up after himself. He didn’t talk, but I didn’t expect that right away.

He got a fun bookmark on the way out, and as we walked to the car holding hands, he told me he had fun at school. I asked questions, and he answered in the affirmative mostly. I wanted to take him out to lunch to celebrate, but he just wanted to go home and drink water. So, off we went. He got juice and water and home, but was too tired to eat his lunch. So, off to nap he went.

I know Kamren will love preschool this year. It will be good for him, and he has friends in his class with him. I am grateful for MUM’s and its teachers and staff!