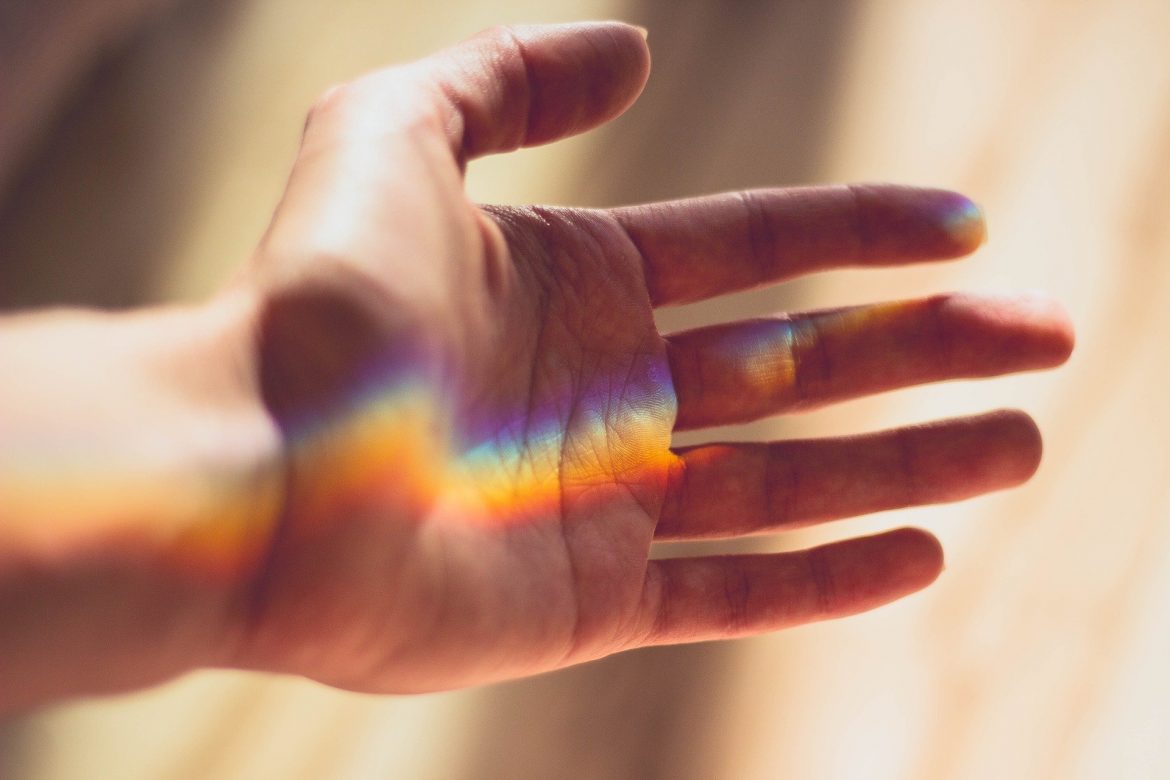 If used with loving tones and intentions, this can be a true and glorious statement. The key word is “if.” To help understand intent, we need to go further into the statement.

What would you say? I would say, “…in His wisdom, God gave us opposition to help us love and appreciate the beauty of nature on one hand, and on the other hand to turn to Him in faith when nature causes harm. To those who are not currently suffering by the hand of nature, He provides them with the opportunity to serve those who are.”

What would you say? I would say, “…in His wisdom, He gave us all kinds of animals not only for us to enjoy, but also to help us learn tolerance, each animal’s purpose, how to coexist with them, and in dangerous interactions with them, the ability to use our faith to turn to Him for help.”

These situations can be heartbreaking and very personal. The answer to this statement will be different for everyone, and may take much prayer, fasting and faith to accept and receive an answer that brings peace. When we know of people who suffer from these heartaches, we respond with love, compassion, and open arms.

You may have noticed that I have missed something in relation to this gift of God: not all of God’s children are attracted to the opposite sex, which is needful in order to multiply and replenish the earth. Some are attracted to the same sex, others to both, and some even feel that their inside gender doesn’t match their outside sex.  Let’s try to fill in the blank again:

At this point, many Christians would take pause. In all the other instances above, most Christians would respond with faith and positivity. Yet, this example is rarely treated the same way. On the contrary, when it comes to LGBTQ+ individuals, so often I have heard Christians judge unkindly, accusing them of wickedness and vile sin, thinking upon them with disgust and denying their humanity. They fill in the blank with words like this: “God doesn’t make mistakes, and so LGBTQ+ individuals are choosing these grotesque lifestyles and trying to destroy the divine nature of the family.”

These thoughts and feelings are often a product of ignorance, and are very damaging. Jesus certainly never spoke or felt this way about any of God’s children, and does not want us to do so either. Before you think I have always been above thoughts like that, I have to make some confessions. In the early 2000s, people didn’t really talk about homosexuality or any other type of sexuality outside the heterosexual. I recall at least twice in high school when different teen boys told me they were gay. I am ashamed to say that I did not react with love. I did not acknowledge either boy’s courage for saying something that would likely cause persecution and ostracizing by their peers. No, I laughed it off each time and said that they were just making it up and that nobody was really gay. I didn’t mean any harm, but how harmful my responses must have been! I remember also in those teen years when my little brother told me that someone told him he could be a model that I scoffed and said, “Do you want people to think you are gay??” In my high school, I often heard and said the derogatory phrase, “That’s so gay” anytime something was deemed undesirable or dumb. I shudder to think about that now.

When I was in college, my same little brother who I scoffed at about possibly being a model told my family that he was gay. I was shocked when I heard because the girls always loved him. I just didn’t know how that could be possible. But as I talked to him, I found out that he had felt different ever since he was a young boy around age 8. He tried to hide who he was for a long time and pretend to be someone he wasn’t. He finally couldn’t do it anymore, and when he had the courage to speak out about who he really was, he was treated horribly by so many, including by church leadership who said he needed therapy to be fixed. Attitudes, knowledge, and acceptance towards LGBTQ+ individuals have changed a lot in my church since then, but I am so sorry for those like my brother who were not treated with the love they needed and deserved during their most vulnerable times.

My brother is one of the most remarkable people that I know. He is not grotesque. He is a beautiful person in every way imaginable. I have known many gay, lesbian, and bisexual people in my life and all of them have been kind, fun, smart, innovative, and amazing people. They are just as human and just as worthy of love as anybody else.

But, even knowing my brother was gay, and even having several gay and bisexual friends at work years ago, I haven’t always been at the point of loving and respecting them so much that I was always considerate of their feelings and of their experiences. That has come with time, and I am still working on that.

I do not know any transgender individuals yet, and the idea of transgenderism is still pretty new for me, though my feelings have changed quite a bit. I remember in 2015 when Bruce Jenner came out asking to be called Caitlyn, I was disgusted and weirded out. I remember thinking that there is no way that this was anything other than a publicity stunt. Someone on Facebook shared an article. It was written by a member of my church and it was entitled, “I’ll call you Caitlyn.” I was angry when I read it and thought this person was going against the gospel… but I have changed since then. Now when I read the article, I see someone trying to emulate the Savior and acting in accordance with His gospel. If you have angry, judgmental feelings towards LGBTQ members of the human family – of God’s family, please get to know them. Treat them as human beings. Try to be able to fill in the blanks of the phrase “God doesn’t make mistakes and so…”  in a more loving way, perhaps like this:

“God doesn’t make mistakes and so He wants me to learn to love others the way He loves them, no matter if they are different than me. He wants me to seek for understanding. He wants me to treat my LGBTQ+ brothers and sisters with respect and dignity. He wants me to offer them friendship and support and to acknowledge the persecution they endure just for being them. He wants me to help them feel welcomed into society and into the church as equals.”

We do not have to agree to be loving. We can keep both great commandments at the same time.

Let’s talk about just one more thing God has given us.

How would you fill this one in? It’s a very difficult one sometimes to understand. I might say, “God doesn’t make mistakes, and so he gave us agency so that we would have an opportunity to prove our worthiness to Him. God wants us to choose Him even when we can’t see Him. He wants us to come to Him in prayer to help us make the right choices. He wants us to mourn with and comfort those who need it. He wants us to reach out and help victims of other people’s wickedness. He wants us to forgive those who hurt us and He wants us to live worthy of the presence of the Holy Ghost so we can avoid making decisions that hurt others. He wants us to gain enough spiritual strength that we can withstand the temptations of Satan. He wants us to trust in our Savior, that He can cleanse us when we have sinned and He can make us whole when we are broken. He wants us to have a choice in our own salvation and He wants us to embrace our individual worth and recognize our divine nature. All this is possible only through the gift of agency.”

To my fellow Christians, I ask you to use your God-given agency to make room in your hearts, in your friendships, and in your church for all people.

God does not make mistakes – we do. As we learn to see His wisdom in every gift, every creation, and every individual facet of a child of God, differences and all, we will make less mistakes and make more good choices. We will be more loving, more merciful, more compassionate, more like Him.