Making Life a Bliss Complete > Uncategorized > About this ban… 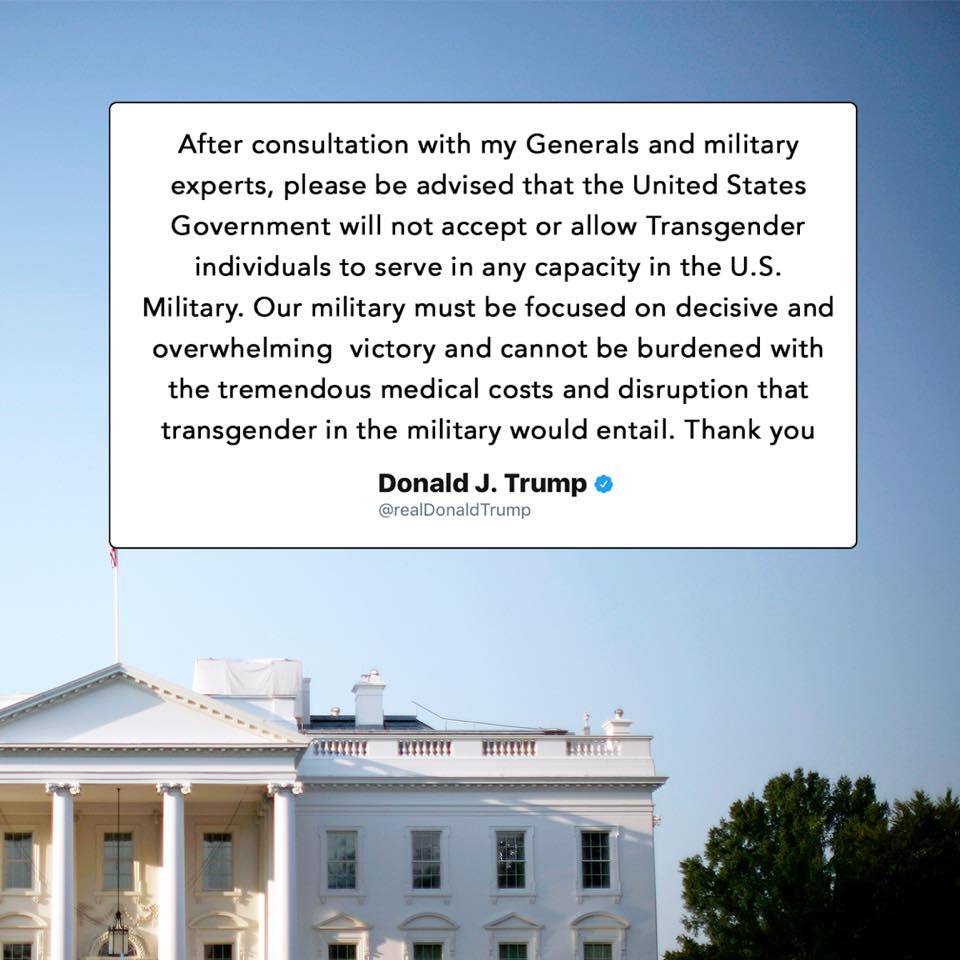 Since seeing President Trump’s tweet about no longer allowing transgender persons to serve in the U.S. armed forces, and then seeing the plethora of articles, comments and opinions on it, I can’t get it out of my mind. When I first read the tweet, I didn’t have an overwhelming sense of acceptance or abhorrence, so I decided to find out what other people felt. Here are the most common arguments I have seen for or against (these opinions do not necessarily mirror mine):

I don’t like to jump to conclusions about anything, but rather get input from all sides. I think many of the opinions of those for and against are valid (religious viewpoints are not one of them, in my opinion, though I am a very religious person).

I wonder if there is a way to compromise here.  Since we can’t read minds or hearts, we shouldn’t assume that this decision was made for corrupt reasons and without careful deliberation (though that is a possibility). If the U.S. generals and military experts really feel that it does more harm than good to have transgenders serve in the military, how can we alleviate some of this perceived harm so that ANYONE who fits the necessary qualifications and wishes to honorably, courageously, and patriotically serve our country, can do so?

Rather than this ban, why not:

So far, there has only been a tweet, so there is time to modify this new policy. What are your thoughts on how to compromise?